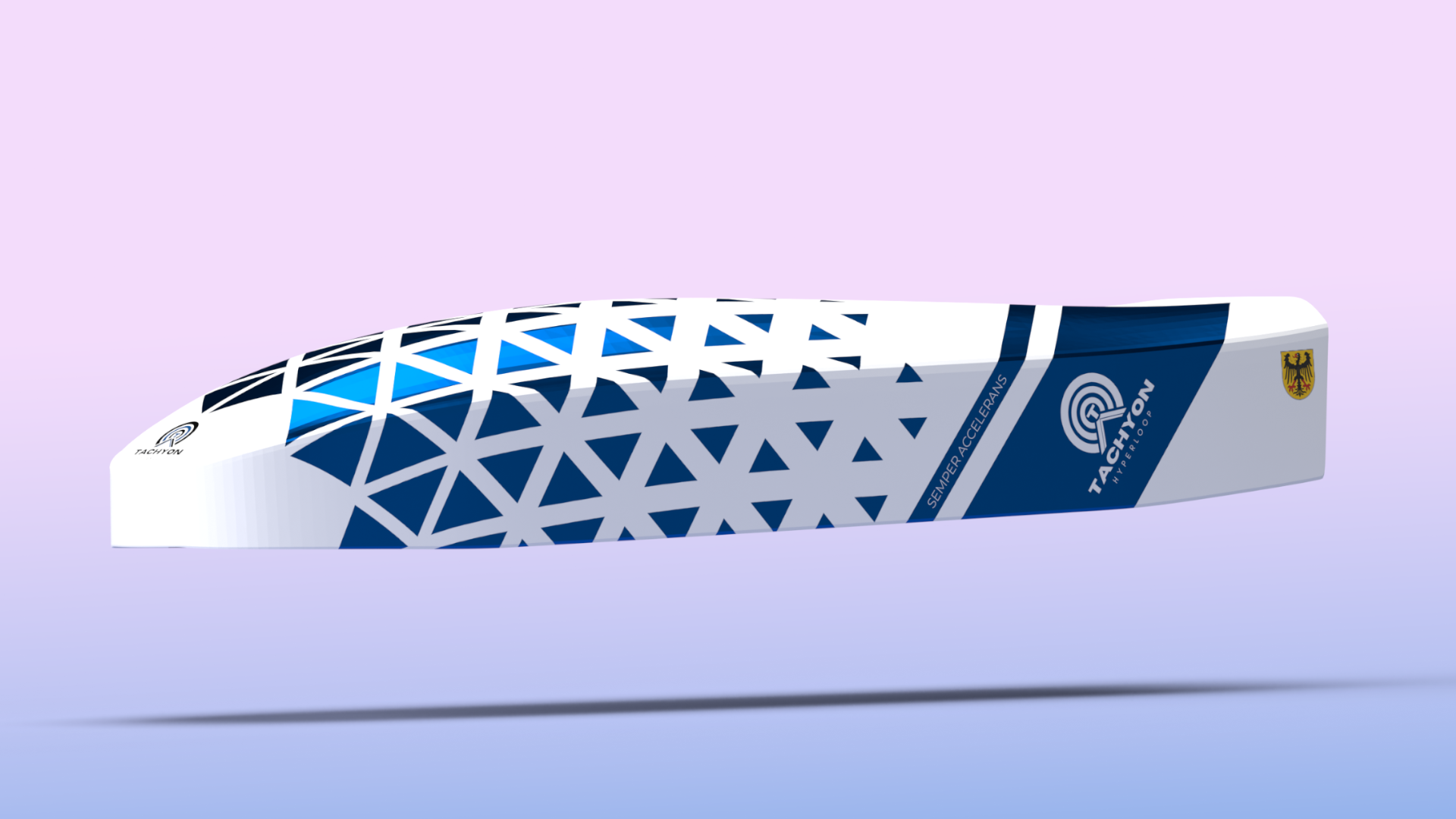 Proton is our first large prototype. It has a length of about 180 cm and should reach a top speed of 300 km/h. It is a complete in-house development by our team.
For example, we have developed a high-speed brake ourselves which can brake our Pod from 300 km/h to 0 km/h in the shortest possible time. Our prototype, like all the prototypes of other student teams, has the ability to move with wheels on the track. However, it will also be able to hover with the help of linear induction motors.
The outer shell is made of carbon fibre to keep the weight as low as possible.
Later prototypes should also be able to reach higher speeds. 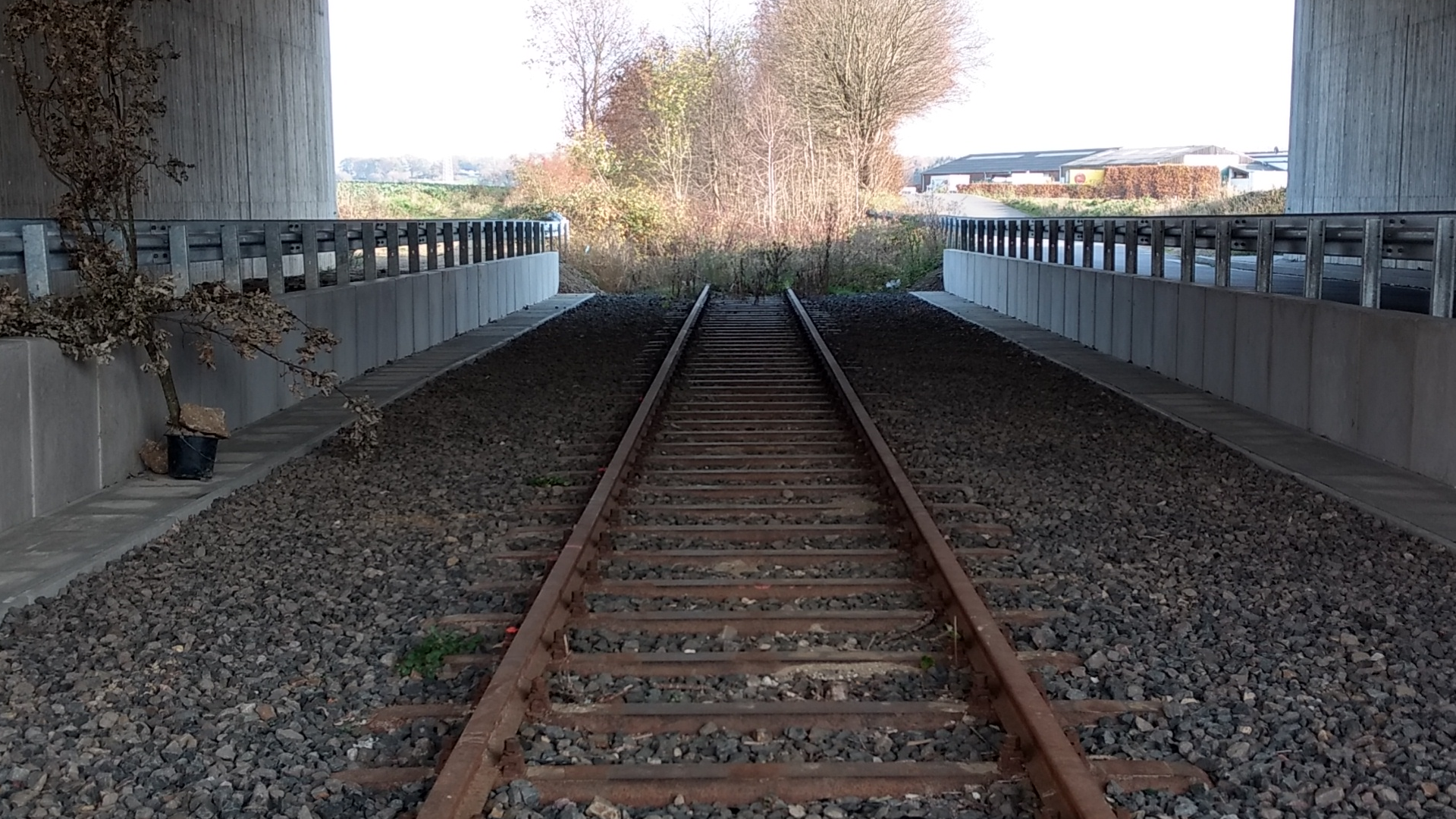 The pathfinder project is our test track.
This is located a little outside of Aachen, in Würselen to be precise. The EVS GmbH has provided us with a kilometer of disused track on which we want to test our prototypes.
On the track, speeds of around 300 km/h should eventually be achieved. Pathfinder will first be built as a non-vacuum test track. Our plans are to equip Pathfinder with a vacuum tube from 2024. We are testing the reuseability of exciting railtracks for the future of Hyperloop infrastructure.
The special rail is made of alumnium and is attached to the sleepers of the rail with a steel construction. 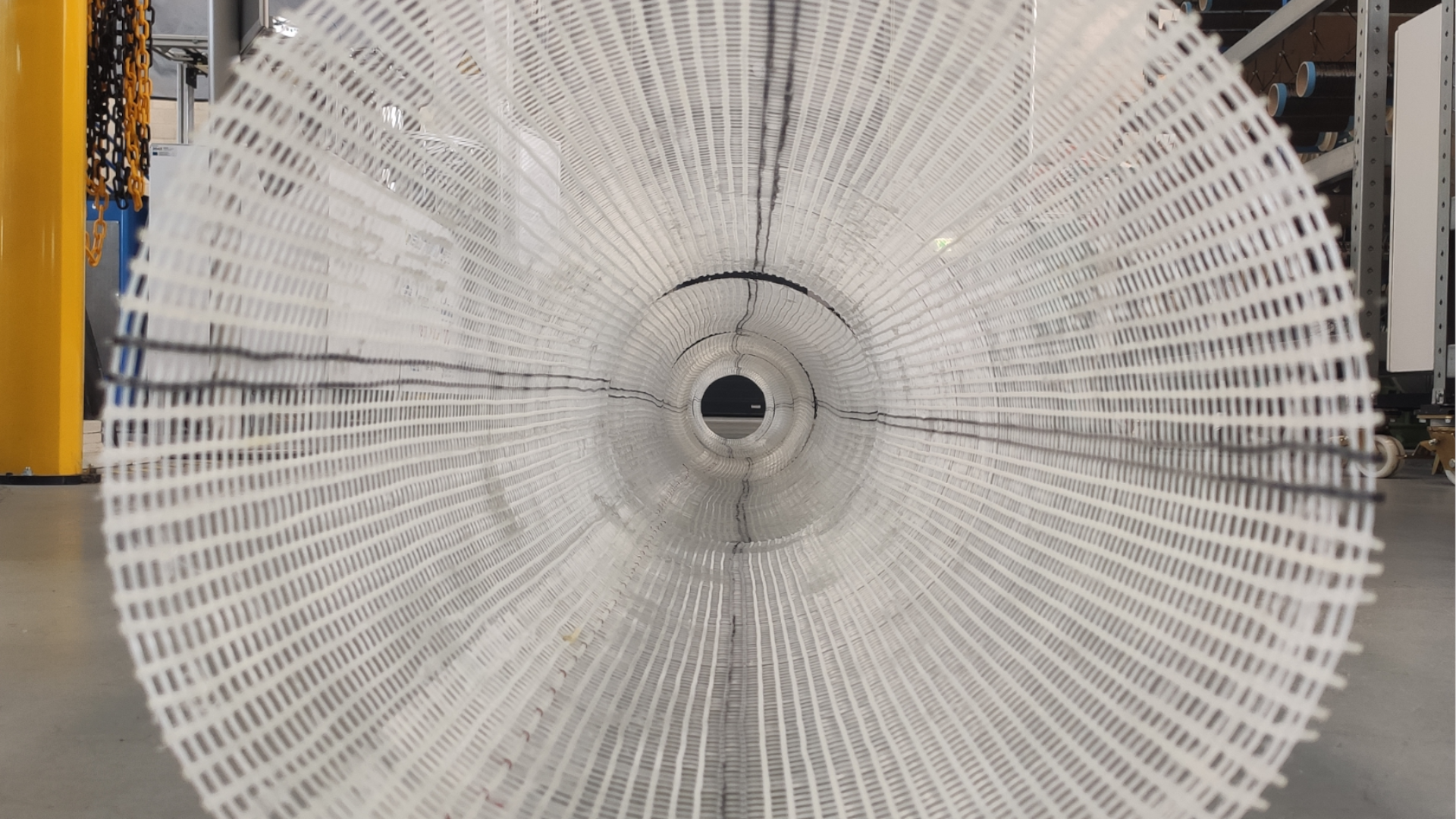 The Minipod 4000 is a small prototype designed to investigate the behaviour of a pod in a vacuum.
For this purpose, we have developed concrete tubes with the "Institute for Textile Technology" which are reinforced with both glass and carbon fibres to withstand the stresses of a vacuum.
In the first 9m long and 40cm in diameter test tubes, the small pod will complete the first test runs, which are mainly focused on hovering. The hovering and the locomotion will be realised with so-called linear induction motors.
These test runs will then help us to further develop our prototypes.